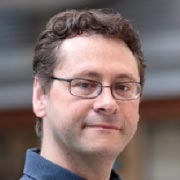 Co-founder and Chairman of the Scientific Advisory Board

With over 20 years of research at the interface between organic chemistry, the life sciences and medicine, Ed is the world leader in the biology and chemistry of N-myristoyltransferase (NMT), a novel and emerging drug target for a wide range of oncology and viral indications.

In addition to his role as CSO at Myricx, Ed is a Professor of Chemical Biology at Imperial College London and a Satellite Group Leader at the Francis Crick Institute.

His academic research programme in drug target discovery and validation focuses on protein post-translational modifications. Working in close collaboration with a worldwide network of scientists, his research team was the first to validate N-myristoyltransferase (NMT) as a pharmacological target in malaria and antiviral indications and his team has developed the most potent and efficacious inhibitors of human NMT reported to date.

He established an independent group at Imperial College in 2006 and was promoted to full Professor in 2014. Ed has raised > £20 million in research funding to date, and his group of over 50 scientists and researchers is supported by grants and awards from the UK government, industry, the European Union, Cancer Research UK, and charitable foundations.

Ed is the recipient of multiple prizes recognising his work in chemical biology and drug discovery including the the RSC Corday-Morgan Prize, Sir David Cooksey Prize in Translation, the CRUK Programme Foundation Award, the RSC Norman Heatley Award, the Medimmune Protein and Peptide Science Award, the Wain Medal, the BBSRC David Phillips Fellowship, and the 1851 Research Fellowship.

He is a Fellow of the Royal Society of Chemistry (FRSC) and of Biology (FRSB) and sits on several Scientific Advisory Boards in the UK and internationally.

Earlier in in his career Ed was a postdoctoral fellow at the Ecole Polytechnique and the Institut Pasteur in Paris, France.

Ed obtained his PhD in Organic Chemistry from the University of Cambridge, UK.